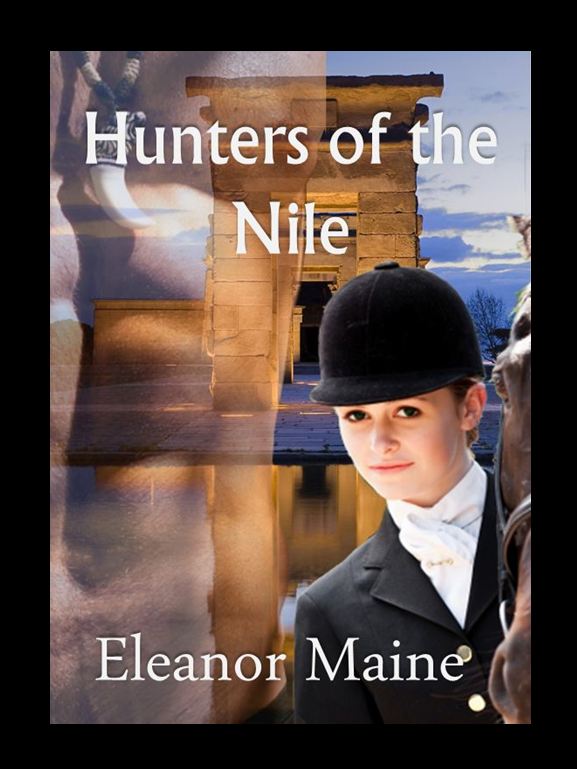 Hunters of the Nile

When Callista wakes up naked after being abducted one evening from Inskip’s Stables, she discovers she is the subject of a modern day, but very secret hunt club. Running for her life, she tries to evade her pursuers by hiding in a cave, but she slips and falls into a strange mist, losing consciousness on the way down. When she returns to consciousness, it is to bright midday sun, barren desert and a hunt of a very different kind. Captured by an Egyptian noble, Callista must adapt to a new land, and a different era. Torn from all she knew, she must also learn if she has to face the future alone.

The Tower Lord’s Guest is a sexually charged romp through an enchanted, if somewhat dark, forest, where randy dryads trap a royal hunting party, the scent of a woman can lure a satyr, and where trolls do all in their power to capture enough nymph and woman flesh to satisfy their desires. The tower, at least, offers some respite for a maiden who finds herself lost in the dark, dark woods.

When Samlah escaped to the forest, she was captured by trolls. Escaping their claws, and other intentions, she fled even further beneath the trees, seeking a refuge from her past. What she found was the tower. Ruled by a mystery man who keeps himself apart from his guest, the tower turns from refuge to prison, but Samlah knows she cannot leave—not yet. She has to find the man of her dreams, and the tower lord is the only one who can help her.

In a world where magic has only just returned, a serial killer is on the loose. Wielding a form of magic that drains the fertility and life from his victims, he stalks Australia’s southernmost capital, Hobart. Officer Catriona ‘Kitty’ Cordello and her ex-pat American partner, Charles Herbert, use their growing skill at detecting and identifying magic to try and track him down. When Special Investigator Seranefret arrives from Egypt at the behest of a seer, they meet the one man who might be able to identify their target—and steal Kitty’s heart. But Sera is on a mission from the gods, and he has been told he cannot fail. Will his dedication to the task make him blind to Kitty’s need? And what part is Charles intended to play? Having failed with Kitty once, how does he feel about the idea of Sera standing by her side?

Pussy Cat, Pussy Cat is currently available at Smashwords, Kobo, Amazon-Kindle, iTunes and Nook. It is available as an e-book and print-on-demand paperback.